HOME < Technology < How to configure L2TP

L2TP (layer 2 Tunneling Protocol) as originally defined in RFC 2661, establishes a point-to-point L2TP tunnel on a public network (such as the Internet), and PPP (point-to-point Protocol) data frames are encapsulated and transmitted through L2TP tunnel, which can help remote users (such as enterprises' overseas offices and business travelers) to access to enterprises through L2TP tunnel, and access to the internal network of enterprises. So, it will provide a safe, economic and effective way for remote access of private network. 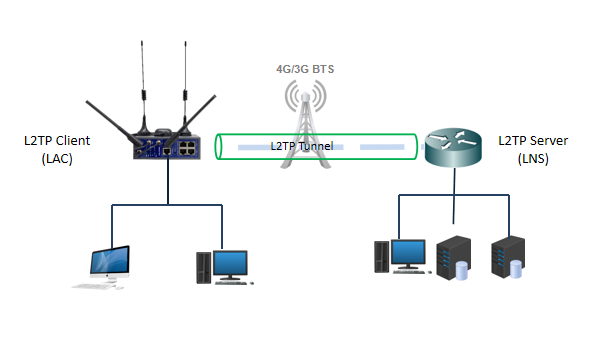 LNS (L2TP network server) is not only the logical endpoint of PPP system, but also the L2TP server. Generally speaking, it is an edge of intranet.

L2TP Heard Structure as below.

Length (optional) Total length of the message in bytes, present only when length flag is set.

Tunnel ID Indicates the identifier for the control connection.

Session ID Indicates the identifier for a session within a tunnel.

Ns (optional) sequence number for this data or control message, beginning at zero and incrementing by one (modulo 216) for each message sent. Present only when sequence flag set.

Nr (optional) sequence number for expected message to be received. Nr is set to the Ns of the last in-order message received plus one (modulo 216). In data messages, Nr is reserved and, if present (as indicated by the S bit), MUST be ignored upon receipt.

Offset Pad (optional) Variable length, as specified by the offset size. Contents of this field are undefined.

(2) According to the request of the incoming/outgoing call, trigger to establish a session.

The list of L2TP messages handshaking between LAC and LNS as following. 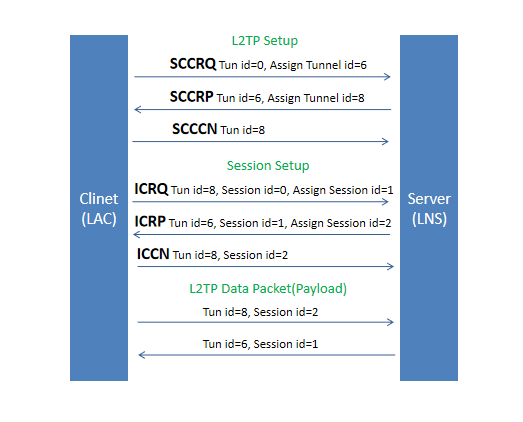 (1) L2TP can be paired up with IPSec to offer a decent level of online security.

(2) L2TP is readily available on many Windows and MAC OS platforms since it’s built into them. It also works on many other devices and operating systems.